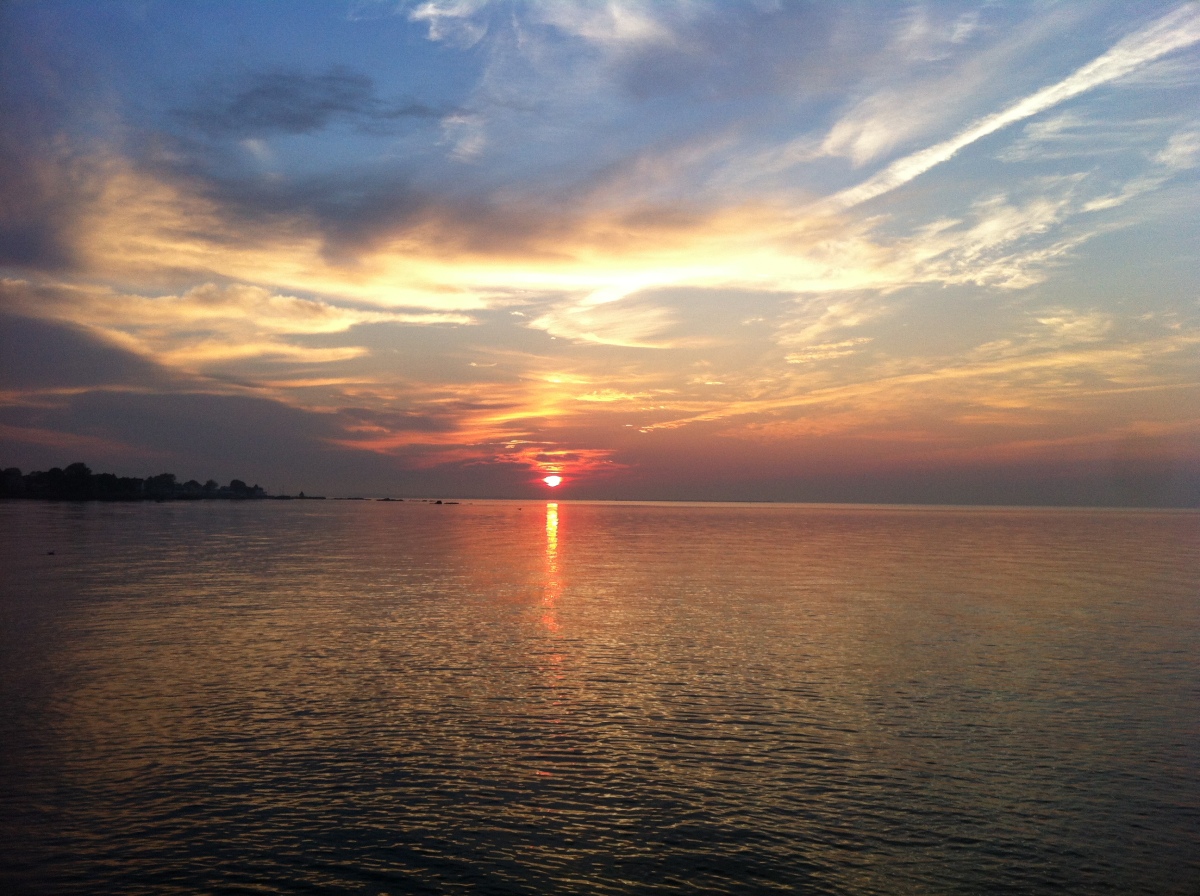 The Modeh Ani (Modah being the female form of modeh, to give thanks) prayer is traditionally recited by (traditional) Jews upon first awakening each morning. Our Jewish ancestors apparently considered a night’s sleep to be a kind of “death” and each morning a resurrection of sorts, or at least a return of the soul to its body. The prayer is a simple one, expressing gratitude for awakening with our soul returned/intact and being able to experience a new day.

The prayer can be literally translated as “I give thanks to You, ever-living Sovereign, for restoring my soul to me in compassion; how great is Your trust.” In Hebrew, it sounds like this — or transliterated: Modah ani lefanecha, melech chay vekayam, shehechezarta bi nishmati bechemla raba emunetecha.

In Hebrew letters (without the markings for Hebrew vowels as I’ve no idea how to make those work yet with a Hebrew keyboard):

Here’s the thing. While I love studying Hebrew language, Torah and Jewish text, I have always found the act of prayer to be a bit of a challenge. I confess to having some “prayer FOMO” when other people talk about how spiritually fulfilled they are when they take up regular prayer. But most traditional “God-language” sends me in the opposite direction: images of Fathers and Sovereigns feels medieval, made-up and not-at-all how I imagine a Universal Power or Presence to be manifest in the world or in my spirit. I often find myself feeling either disconnected or argumentative when I’m set in front of a traditional Hebrew prayer or blessing. I want to say the words, but only if they mean something to me. It’s not enough to mumble things I can’t understand; and it’s not okay to say things I don’t mean.

So when I heard friends in my Mishkan conversion cohort talking about how they’d incorporated this simple blessing into their morning routine, as a gratitude practice, I felt FOMO pangs again and decided it was time to do some work. Fortunately, I found a source on my very own bookshelf that turns out to be exactly what I needed. Poet, translator and scholar Marcia Falk wrote The Book of Blessings: New Jewish Prayers for Daily Life, the Sabbath, and the New Moon Festival in 1996. She has used her talent and her study to carefully reconstruct blessings in a way that honors their intent and tradition, but invites new images for divinity into the theology. I was excited to learn that her work has been adopted and adapted across a spectrum of Jewish liturgy and communities, notably feminists and progressives.

Falk’s rendition of the Modeh Ani goes like this:

The breath of my life will bless, the cells of my being sing:  In gratitude, reawakening.

An important part of formal conversion to Judaism is to choose a Hebrew name. It’s been more challenging for me than I would have thought. First of all, it’s a weird thing to name yourself. It feels oddly vulnerable to tell someone else you picked this name for yourself and know that they are wondering, or even asking you, “Why? Why that name? What does it mean to you?” Part of me feels like this should be a private thing, and yet by definition a name exists for other people, right? For other people to use, to call you, find you, bless you (curse you), whatever or however they use it…but one rarely calls oneself.

It’s even more challenging to name oneself in a foreign language, of course. I’ve studied enough language to understand that it’s easy for a non-native speaker to focus on one translation or meaning of a word, and miss entirely the nuance or context or additional meanings that might be attached to it. This is why Google Translate still has a ways to go, and why “Chinglish” or even old people using slang, can be so amusing.

So I started by scouring books and websites on Hebrew language, and baby-naming books, and Biblical references. I emailed Rabbi Ally (Allison Tick Brill), who is facilitating our Mishkan Conversion Cohort and who has patiently responded as I’ve bounced around from one idea to the next. I finally realized my best resource was to ask friends who know and love me and also happen to have lived in Israel and speak fluent Hebrew — Ilana listened patiently as I shared some of my thinking with her, and then she and Mark came up with a wonderful list (Hebrew Names) that built on what we’d talked about.

As I shared with Ilana, I’ve always felt spiritually connected with trees. All kinds of trees, though I’m particularly fond of apple trees — both because of where I grew up, where apple orchards are plentiful — and because I happen to love apples and the time of year (fall) when the tree boughs are gorgeous and full of fruit.

Mark told me the Hebrew word for “apple tree” would be Tapuach – but since apples aren’t really a native fruit to Israel, there’s no Biblical reference point. What’s more, when I googled the word, I learned that there’s an Orthodox settlement in the West Bank that’s name Tapuach…that’s not something I want as my namesake.

So we thought some more about “tree” and also words that are associated with trees – branches, boughs, seeds, roots, fruit.

The name that feels right is the word I chose to name this blog site now – Amirah אמיוה. Hebrew is a gendered language, and the masculine form of this word, Amir אמיר, means “treetop.” The feminine form Amirah אמיוה means “a statement, saying or personal truth.” I’ve also seen it translated as “One who speaks.” I like that. I think it both describes me and challenges me in a good way.

It’s common to pick a second name, as well — I guess that’s kinda like a middle name in our secular tradition. So I’ve chosen the name Ruth רות. In the Torah, Ruth is actually the “first convert to Judaism” and the story of Ruth and Naomi is read each year on the Jewish holiday of Shavuot, which this year fell just last month on the day I began this blog. As it happens, Ruth is also the given name of both one of Andy’s grandmothers, and one of my own. And in a perhaps beshert (Yiddish for “meant to be”) coincidence, my grandmother Ruth Layman told me years ago that her grandmother was…wait for it…Jewish. Which, if true, means that my mother’s mother’s mother’s mother was Jewish and if I could ever prove it, that matrilineal line of descent would supposedly mean I’m already “officially” Jewish! Of course, I don’t have such proof and I suspect the rabbis would take issue with the idea given that none of these generations (until my own daughter…) were raised Jewishly. But still…it makes my heart happy to think about 🙂